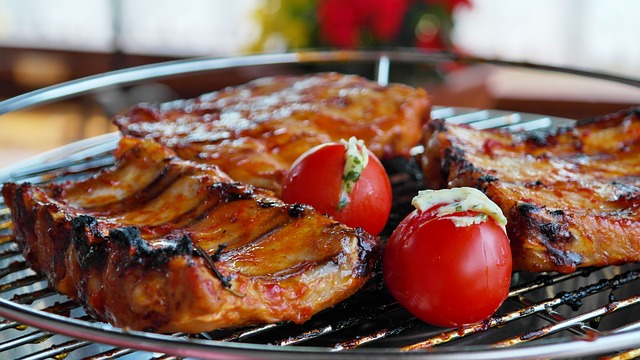 Weber vs Broil King: A Comprehensive Comparison of Grill Brands

In the red corner, we have Weber, the reigning king of the premium grill brands. But they have a challenger in the blue corner. Broil King has many fans because they bring quality heat to the masses. Which will be crowned the best gas grill?

We’re not only going to draw on our past research in this BBQ gas grill review. We’ve also chosen three contenders from each side for this match. When we’re done, you’ll have a good understanding of what each brand is about and which one is right for you.

It’s going to be Weber or Broil King. The bell has rung. Watch the match and make your choice between the top liquid propane grills.

Weber really got its start in 1952, when it pioneered the first modern mass-produced kettle grill. Their current lineup is spread across several lines of both backyard and commercial grills.

The brand is known for its durability and quality. Their grills are held together with welds, rather than nuts and bolts. That adds to the cost, but it makes for a sturdier and much more durable grill. All but one of their grill models is made in Illinois.

As far as cooking goes, it’s hard to beat a Weber. Their designs typically offer a larger cooking area than competing models from other manufacturers. And they put out more heat. This means that you can cook more food and get a better sear, but it detracts from the gas efficiency.

Weber grills aren’t cheap. But they usually last much longer than grills from other companies, and they offer an overall better grilling experience for the serious backyard chef.

Broil King isn’t a new company, but they’ve been getting more attention lately due to some recent improvements in their designs and features. Introductions like infrared burners and Flav-R-Wave have catapulted Broil King into the realm of high-quality grills. Although the company has been around for a while, it’s a rising star that has the potential to go all the way up to number one.

Broil King’s future success will depend on how they maintain their prices. Right now, they fall into the budget grill category. They’re not as durable as Weber, but they are priced to be affordable for everyone. That’s the main appeal. But will the prices go up as they add more awesome features and functionality? Time will tell, and we’ll be watching.

The takeaway here is that Weber is the more premium grill for the cook who wants the best, and Broil King is an affordable grill for those who need to balance quality with price.

The two companies directly compete with each other. Now we’ll compare the best of each’s. 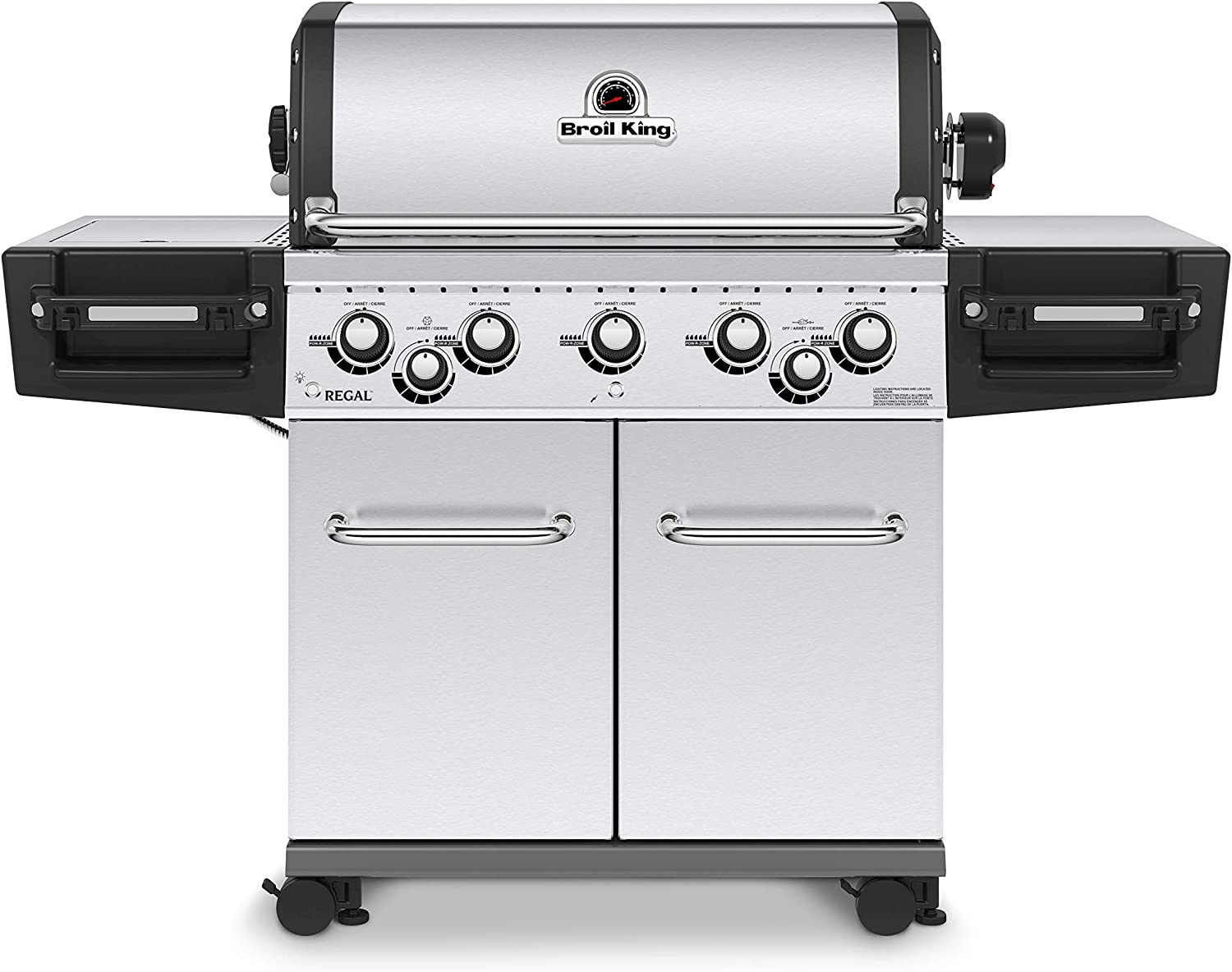 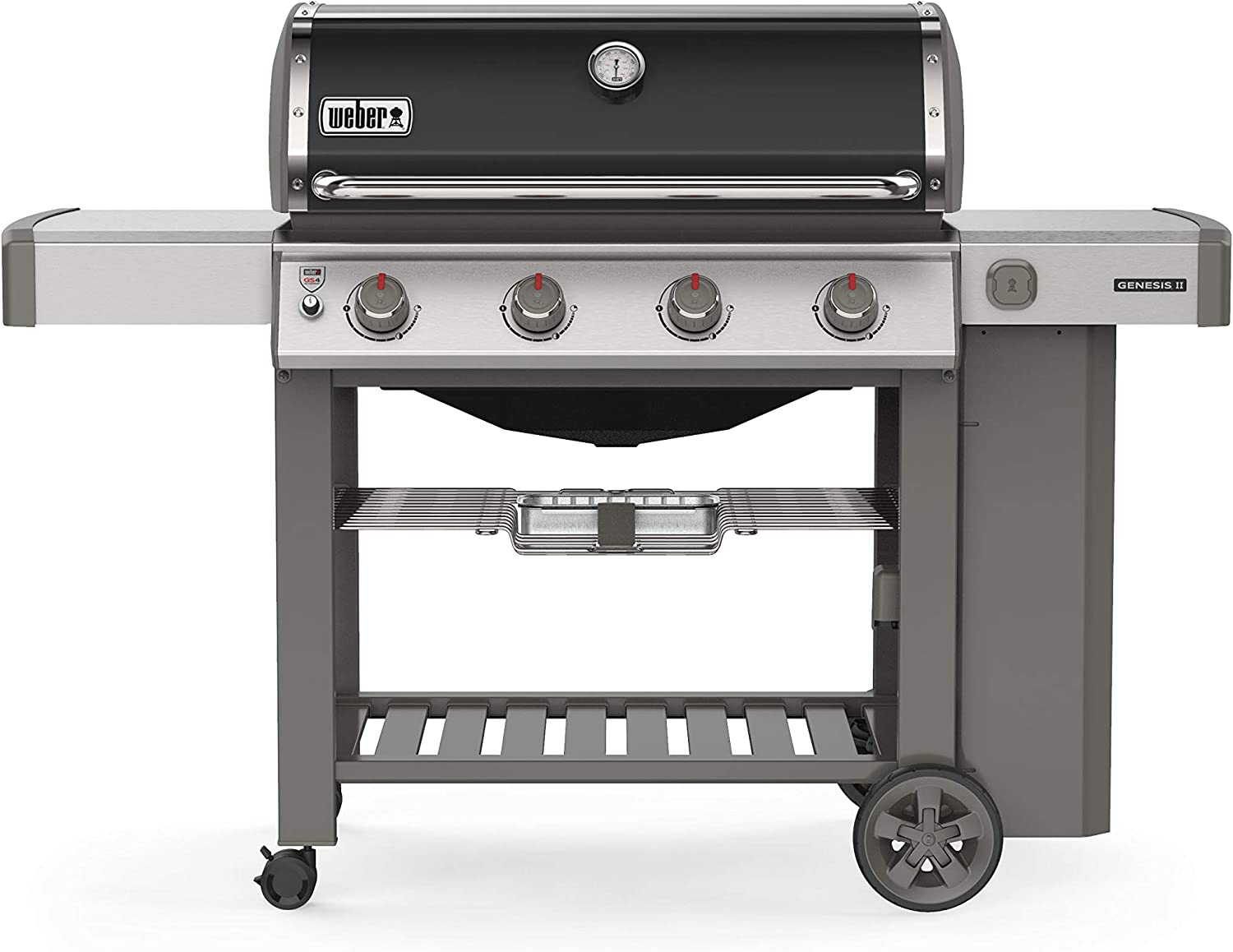 
Here’s the match between the two high-end grills. They’re big and hot. These are for those who can spend the extra money on a grill that can cook big meals with the biggest flames. The most popular versions are the propane ones, but both are available in natural gas options.

Price isn’t the only consideration here, not by a long shot. There are special features and pros and cons on both sides.

People love the look of the Weber, with its shiny and impressive black porcelain coating. But it isn’t just the looks. That coating retains heat very well, making this one of the most efficient Webers out there. Some do wonder why it only has four burners. An extra one would really make for more consistent cooking. And there should be a dedicated burner for the available rotisserie.

But people really do like the welds, which are present on all Weber grills. There is no wobble, and no chance of any bolts coming loose. That also helps with assembly. And the online instructions for putting it together do make things easier. This is one of the easiest-to-assemble grills out there.

As far as the Broil King goes, many of their fans wonder about the price. Why does it cost so much? This is one grill that is higher in price than the comparable Weber. But people do like the Flav-R-Wave flame tamers. It adds real flavor to meats.

This isn’t as efficient as other Broil Kings either. And folks have noticed. But it really isn’t that much of a drawback. The burners are infinitely adjustable, so you can set them however you want to for the best use of your gas.

This is a bit of an unusual situation. We actually have a hands-down winner. The Weber is cheaper. That’s rare, But when you look at the construction of each grill, it becomes obvious that the dual-tube burners add to the cost. The Weber is actually the better value here because it has better construction and higher durability that the Broil King.

Which one would be best for you? In this case, the Weber is best if you want the longest-lasting grill or the best value. The Broil King, which is the best non-Weber gas grill, is for you if you need a big grill and are already a fan of the company. Congratulations are in order for Weber for their knockout in round one with the best four-burner gas BBQ. 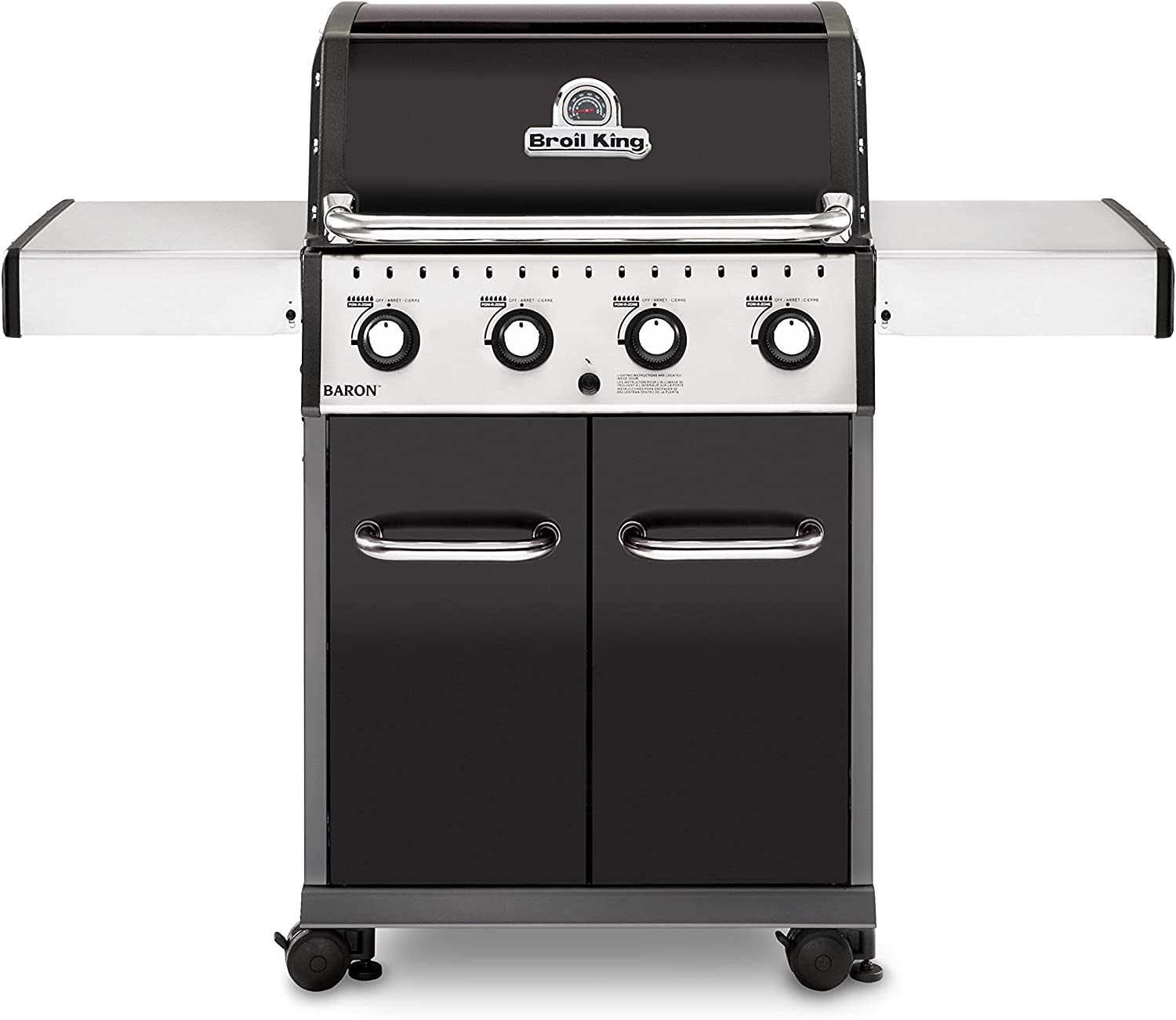 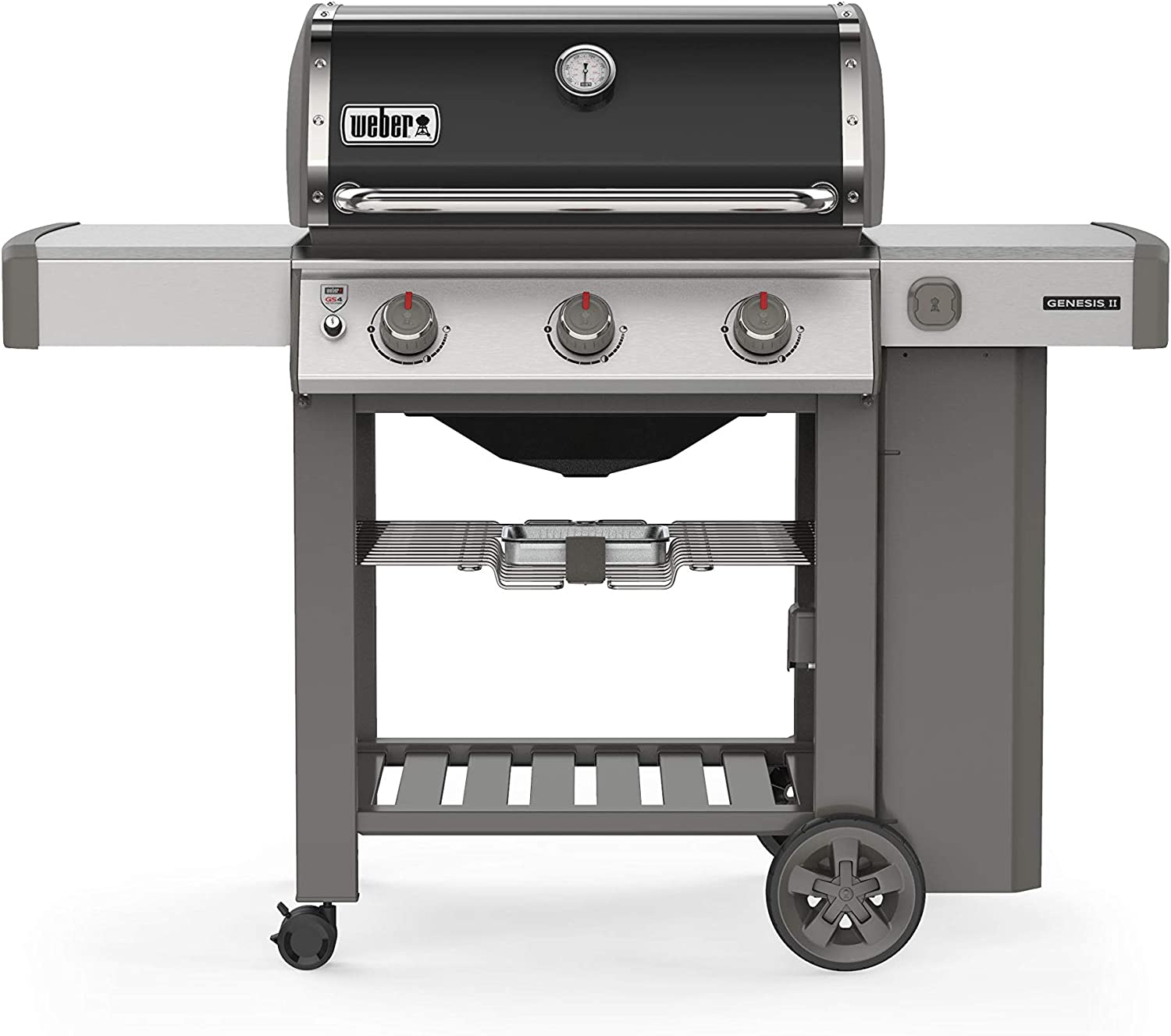 
The battle for the mid-sized backyard gas grill is much hotter, mostly because the prices make more sense. The Weber’s greater durability and extra features is reflected in the pricing. But the Broil King has some good features and a lower cost, which makes for an interesting comparison in the value department. Either way, mid-sized grills are great for the average family that likes to cook out and sometimes has larger picnics. Let’s take a look at the specifics and see which one is better suited for your yard, shall we?

The price of the Weber grill has been a sticky point for some of Weber’s fans. Some actually went with a competitor. But some decided on a smaller Weber grill to save some money. People wrote in three burner gas grill reviews that they like that they can get the same smart features, like the GS4 grilling system and the iGrill 3 compatibility, in a smaller grill. All in all, this grill does get a lot of rave reviews from new and returning customers. Many first-time customers were drawn in by that iGrill app.

Those who went with the Broil King Baron high-quality four-burner grill are impressed with the heat they get compared to the efficiency of the burners. That extra burner was actually a turn-off for some who were unfamiliar with the subject. But those who did their research found out that that extra burner really lowers gas consumption because it distributes heat more evenly than a three-burner design.

It all comes down to whether you want the special features that add so much to the price of the Weber. If you want to monitor the grilling process from your phone, you can only do that with the Weber.

If you can do without the bells and whistles, you can save a couple of hundred bucks by going the Broil King route. You’ll still get the grease vaporization above the flames, so that flavor isn’t lost. And you can get similar accessories. So it really hinges on the convenient options.

And of course, if you’re after the best durability, you’ll end up being happier with the Weber. That is true across all models because of the welded frame. 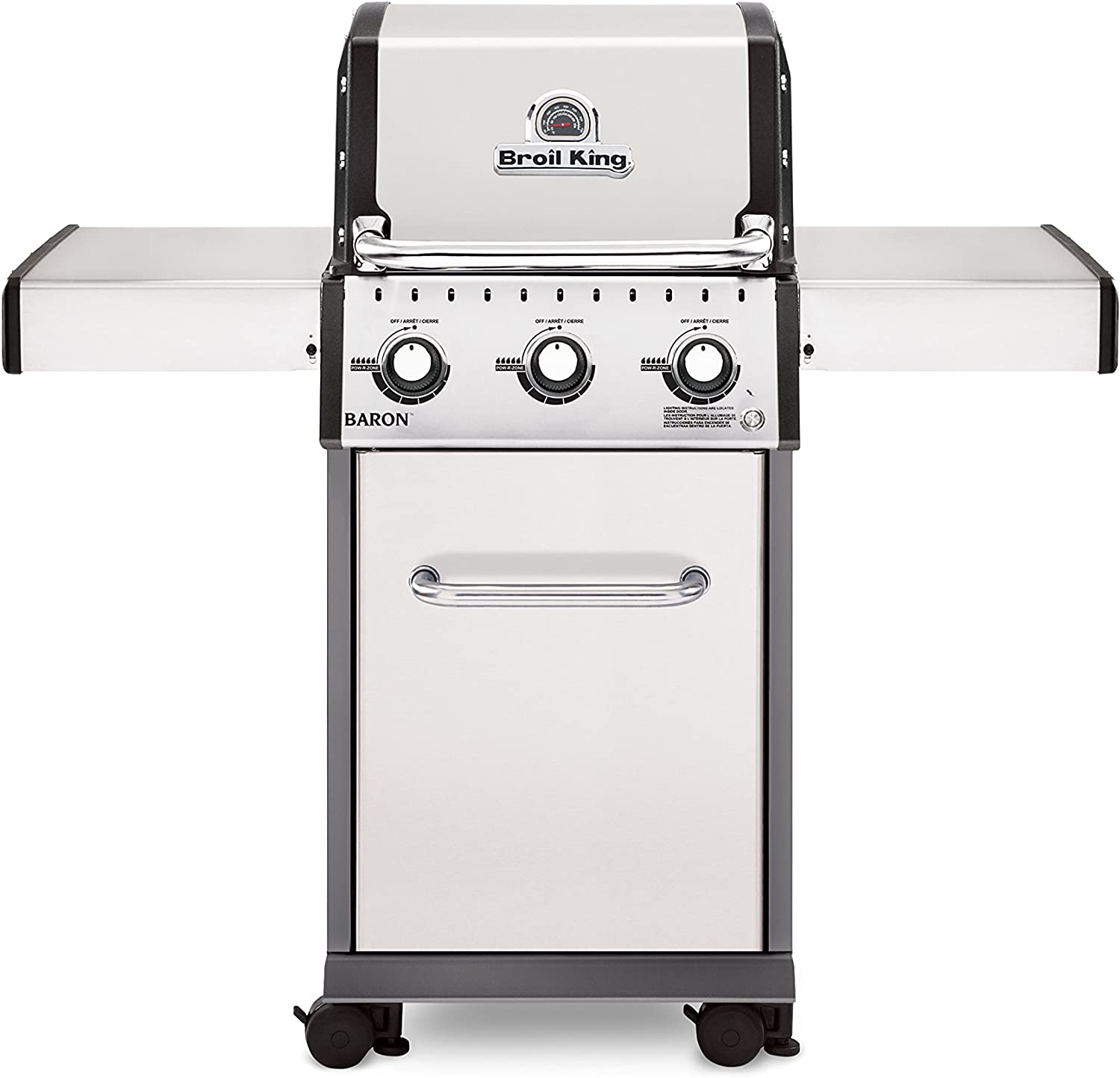 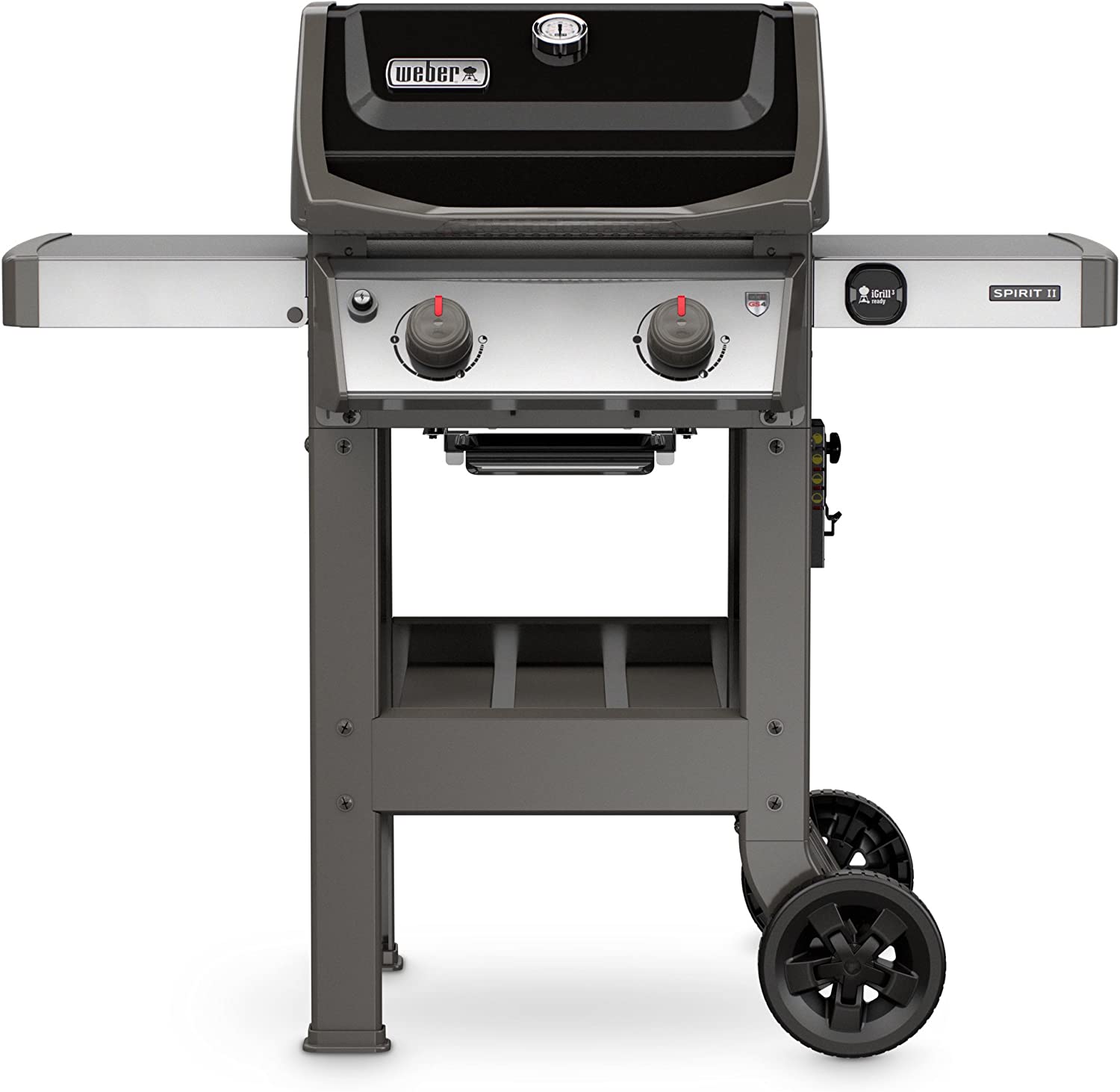 
The days when going cheap or small meant settling for junk are gone. Due to the heavy competition in the budget grill market, there are plenty of affordable grills for smaller areas that don’t sacrifice quality or value. This is great news nowadays. So whether you’re on a budget or you don’t have a lot of room for a grill, you’re sure to fall in love with one of these wallet-friendly options. Wait until you see how their compact grills stack up against the bigger, more expensive ones.

The Broil King is a hit with people who cook sauces and stews on the side. That side burner, while not very efficient, is a powerhouse.

If you are looking for a simple and basic small grill and a good price, the Baron 320 may be your best bet. If you want a premium grill that will fit just about anywhere, check out the Weber.

The undisputed winner of the premium grills is the Weber Genesis II E-410. We think it’s the best backyard grill for the money. It has all the high-tech features of high-end grills at a price that actually beats Broil King’s competitor in the class of high-end outdoor gas grills.

It really is a toss-up when you look at the mid-sized heavy-duty propane grills. You can save a pretty penny with the Broil King Baron 420, but you’ll miss out on all those cool and useful features that the Weber Genesis II E-310 has to offer.

The match between the smaller economy grills is also close. They carry similar prices, although the Weber was a bit cheaper at the time of this posting. The deciding factor for you is likely to be simplicity. If you want a simple and easy-to-use grill, the Broil King Baron 320 may be your pick. If you like the added convenience that the available iGrill 3 app has to offer, the Weber Spirit II E-210 may be your best bet 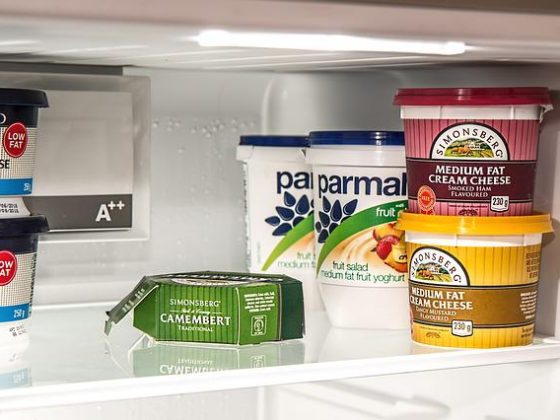 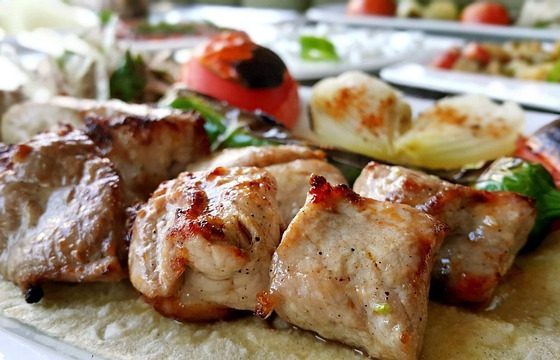 Traeger Ironwood 885 vs Weber SmokeFire EX6: Which Grill is Best for You? 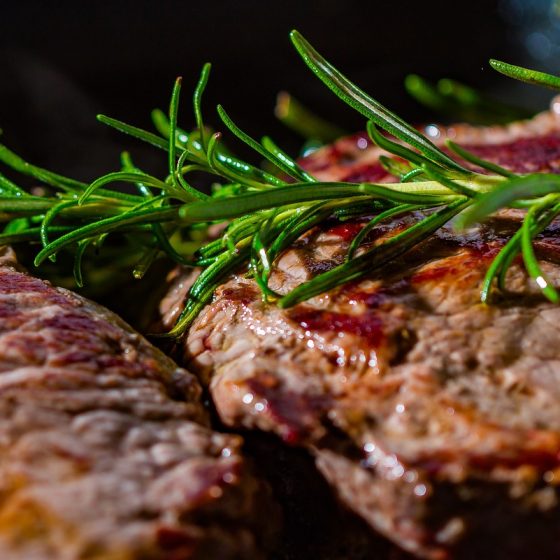 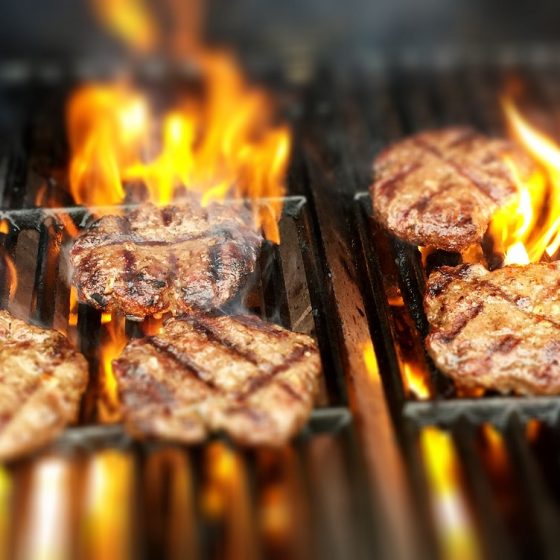 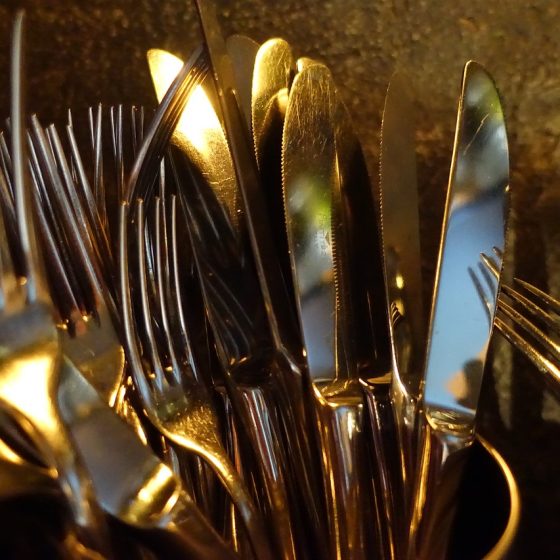 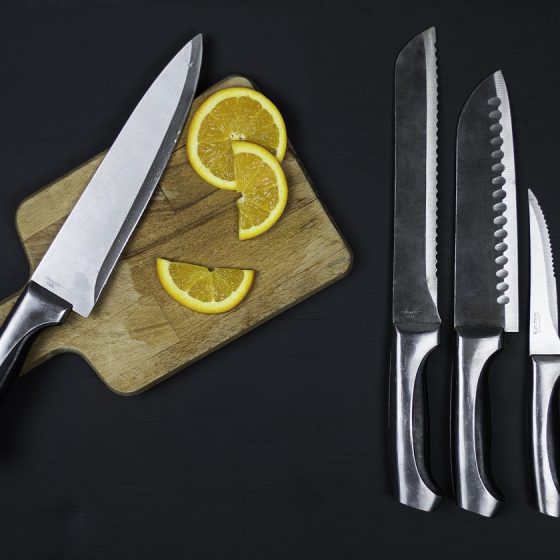 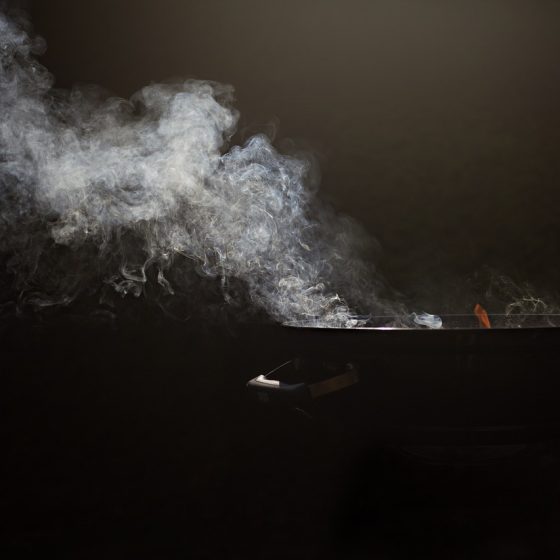 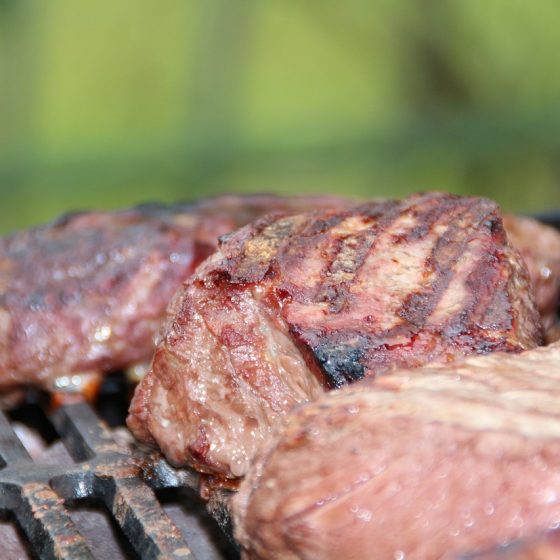 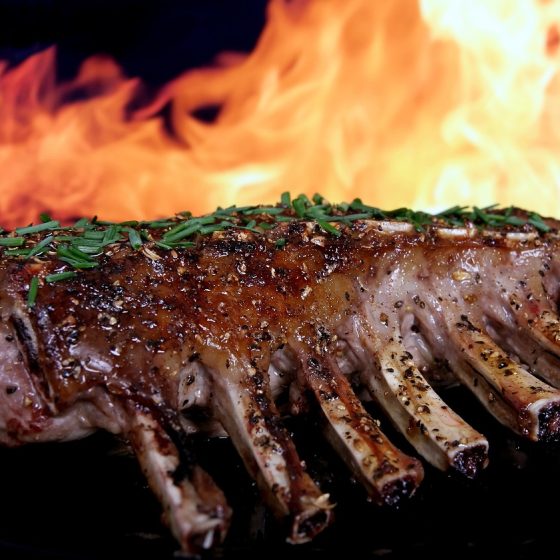 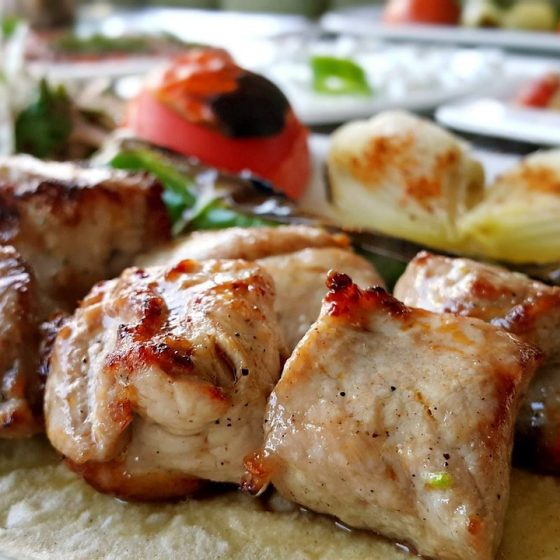